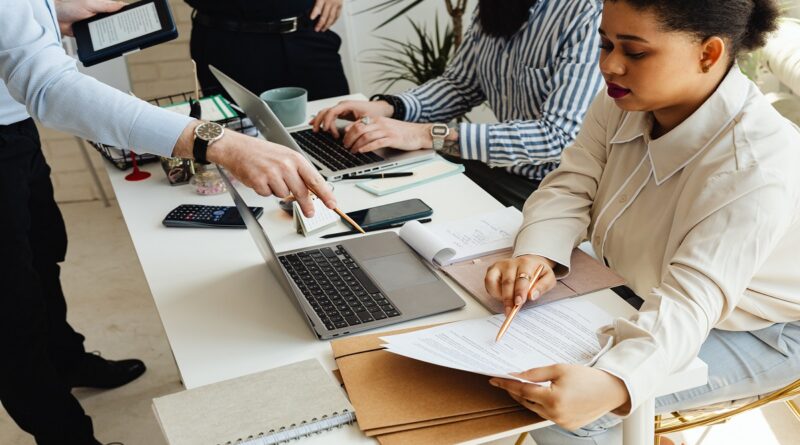 An essay is an important part of academics as it makes learning more effective. It allows students to clear their stance, explore the truth and develop good arguments on a topic of their interest. There are many essays (narrative, descriptive, argumentative, compare and contrast, expository and persuasive). Argumentative and persuasive essays are sometimes considered the same as they involve the development of arguments to convince readers of a point. Thus, this article will first discuss the argumentative essay, its elements, and example. Later, it will discuss the persuasive essay and its elements and example.

What are argumentative essays?

As the name indicates, an argumentative essay uses evidence and facts to prove a claim/point of view. The main purpose of an argumentative essay is to convince a reader to agree with your perspectives. These essays are usually written to discuss a controversial issue related to science, politics, and social behaviours. Thus, in these essays, you have to make a good debate to share your point of view with the public. Furthermore, you cannot prove your point by citing direct information or opinions; rather, the correct practice is to provide evidence and facts to support your views. Thus, an argumentative essay primarily focuses on the quality of evidence or supporting details necessary to clear the author’s stance on an issue.

Moreover, a good argumentative essay must start from a compelling topic to hook the readers. It also includes a detailed description of the issues (from all sides fairly) and statements to clarify the author’s perspective on an issue. The counter-arguments and reasoning are other important points to make your arguments more convincing. Thus, the argumentative essay is different from other essays based on its purpose, features, nature of the topic, and steps for making good arguments. Therefore, hiring an essay writing service in UK becomes necessary for writing it.

In arguments, a claim is an assertion or statement that an author wants to prove in the discussion. In simple words, it is the essence of the whole discussion.

Reasons are what and why answering statements. They help readers to know the fundamentals of a claim.

Evidence may be any credible source of information that is directly in compliance with your claim or supports your reasons for raising the claims.

It is the claim that aims to refute the previous claim. Counterclaims help the authors to analyse an issue from all sides.

Acknowledgement is included in arguments to produce trust, mediate objections, limit the scope of a claim, and demonstrate experiences.

These five elements are vital components for developing arguments that are the main purpose of an argumentative essay. For more understanding of this type of essay, you can consider the following examples:

With the advent of technology, online libraries are so common that library association is thinking of shutting down these public libraries. This is an example of an argumentative essay, as here, the author’s stance on closing the public libraries cannot be proved without giving reason and logic. Thus, claim, reason, evidence, counterclaim, and acknowledgement can help write an argumentative essay on this topic.

What are persuasive essays?

Persuasive essays are where the writer uses personal experiences to show that his point of view is more practical than others’ ideas. Here, the writer uses emotions, sentiments, and facts to convince a reader to do or not to do certain things. The main task in this type of essay writing is to persuade the reader either through emotions or facts. Thus, the most important factor on which the quality of a persuasive essay depends is ‘how knows to an audience’. The reason is that the tactics to persuade different people vary greatly; you cannot compel groups of students and social workers with the same emotional content. Moreover, these essays are always written in the first person; it aims to create a strong link between the reader and the author.

Like argumentative essays, persuasive essays also demand logical reasoning, solid evidence, statistics, quotes, and pertinent facts and figures to support your points. It also has some structural elements that make your essay more appealing to a reader. Some of these components include:

Issue: Issue is mostly the topic of an essay. It is the main point of discussion, and its description must be found in the first paragraph of a persuasive essay.

Side or thesis: The approach, stance, and positions that one takes on an issue (‘against’ and ‘for’). The correct place for directly stating the thesis in an essay is the first and last paragraph.

Arguments or Persuasion:  This is the session of an essay where writers try to convince or persuade the audience that their point of view is more practical and logically correct than others. It uses any of the five elements of arguments (reason, evidence, counterclaim, rebuttal, and examples).

Should the selling practice of soda bottles in school be banned? This is an example of a persuasive essay here; you first need to take your stance on whether the selling practice of soda bottles should be banned or not? That stance must be clear in the first paragraph or thesis statement of the essay, while in the rest of the essay, you need to make an effort to make the audience agree with your point emotionally.

Consequently, there is a slight difference between persuasive and argumentative essays. Argumentative essays include debates using proper evidence on social or other controversial issues. The evidence and facts aim to convince readers of the point of view of an author. In contrast, the persuasive essay includes detailed arguments, but the purpose of these arguments is to convince a reader to do or not to do something. Thus, they are similar as they aim to clear the author’s stance or position on an issue. At the same time, they differ as a persuasive essay relies on opinions and sentiments, while an argumentative essay demands logic and reasons for convincing an audience. The writer can write the former by only knowing his audience, but the latter needs thorough research to support an argument.