Mainwaring v Corus UK Ltd [2007], concerning issues relating to the alleged unfair dismissal of an employee due to long periods of absence caused by the employee’s back problems. The employee had been working as a crane operator for over 30 years. In 2002 he began to suffer from back problems which forced him to be absent from work for long periods of time.

At one point in late January 2006, he again took time off from work due to his back condition. He consulted his general practitioner and was prescribed medication and a course of physiotherapy. He was advised to keep active, to do normal activities when pain allowed, and to avoid heavy lifting or sitting in one place for long periods of time.

Throughout his absence, the employee was visited regularly by B, an occupational therapist employed by the employer. By March 16 the employee’s condition had improved to the point where B concluded that he would be able to return to light work within approximately two weeks, although at that point he was ineligible for a full return to work.

However, in early March the employer received an anonymous “tip” from a colleague of the employee suggesting that the employee may have behaved outside of work inconsistently with him being legitimately absent from work due to health problems. back.

The employer did not take testimony from the informant but decided to undertake surveillance of the employee. As a result, between March 9 and 16, the employee was filmed on three occasions. On two of those occasions, he has seen loading and unloading groceries from the trunk of his car.

After viewing the footage, B concluded that if the employee had informed him that he was capable of performing these duties, he would have recommended that he was fit to return to work without restrictions being placed on him.

The employer appealed this decision to the Employment Appeal Tribunal (EAT). The EAT has determined that:

The appeal was accepted and it was held that: 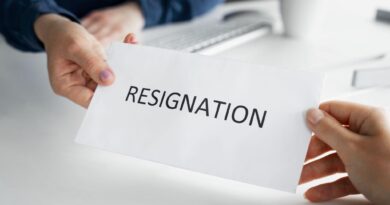 If You Resign, How Can It Be A Dismissal?