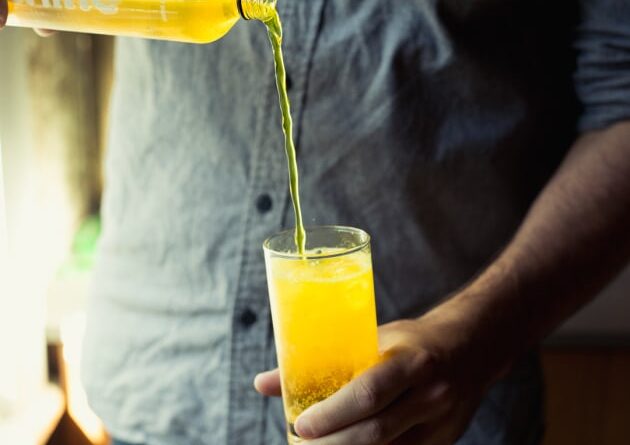 There is a recent trend with nootropic beverages. These are flavoured drinks with additives that enhance cognitive function.

A nootropic drink often includes a blend of brain boosters, vitamins, and minerals which are vital nutrients. This comprises faculties like recall, concentration, imagination, and energy. Drinks promoting cognition can have significant advantages and boost engagement and productivity.

Nootropics as a class of components are not new, although you may have just lately been aware of the phrase. Corneliu E. Giurgea, a Romanian psychologist and chemist, first referred to these substances that increase brain performance.

Ingredients in nootropics are used to improve mood, increase energy, and improve attention and memory. Several nootropic supplement forms include tablets, powders, and fluids. Due to their ease and the fact that they are typically more pleasant than pills, neuro booster drinks are becoming increasingly popular.

How do they work?

Nootropic drink function by supplying the body with the nutrition it needs to sustain brain abilities. They are taken up by your bloodstream upon intake and transported to your brain. Then, they interact with neurotransmitters to improve cognitive performance once they enter the brain.

The most common nootropics included in beverages intended to enhance cognitive function are caffeine, L-theanine, and omega-3 fatty acids. Cognitive-enhancing beverages promote the health and operation of your body.

There are multiple advantages to nootropic beverages. A few of them are:

What to keep in mind while purchasing nootropic drinks?

It is crucial to check the label of any nootropic drinks you buy to make sure they include the neuroenhancers and vitamins your brain needs. Drinks containing these power elements are a fantastic method to think more rationally, concentrate more attentively, and feel more energised, promoting healthy brain activity. Additionally, it is crucial to pick a nootropic beverage free of harmful chemicals like sugar substitutes, colours, or flavours.

Pick a beverage that suits your demands and way of life and take advantage of the advantages.

These power drinks are the drinks of the future. Aiding in the growth of individuals, it can pace up productivity. These few flavoured sips can be game changers for a student, an employee, a technician, or whoever.

The field of nootropics is constantly changing and fascinating as new concepts and beverages take shape due to the combination of possible benefits and difficulties.