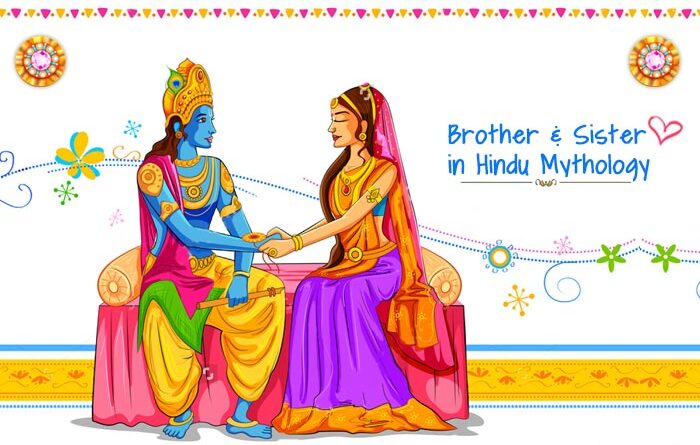 Rakshabandhan is one of the ancient festivals of India that signifies the strengthening of a relationship between a brother and a sister. The Sanskrit translation of Raksha Bandhan – “the bond of protection, care or responsibility” is implemented on this occasion. It is also known as the Rakhi festival as the sister ties up Rakhi to their brother’s wrist. The brother promises to protect their sisters for the rest of their lives in return and take good care of them. Even when the brothers reside at a distinct location, the sisters send Rakhi online to their brothe+rs. Rakshabandhan is indeed a beautiful occasion that is celebrated all across the nation. Let’s go ahead and review some of the main reasons behind celebrating this day.

How Is The Date Set For Rakshabandhan?

Rakshabandhan is a Hindu festival that occurs on a different date every year. Did you ever wonder how the date is selected to celebrate this day? According to the Hindu calendar, we annually celebrate Rakshabandhan on the full moon day in the month of Shravan, which is also known as Saawan. Let’s dig a little deeper into the history to understand why this event came into existence.

History and Origin Behind Celebrating Rakshabandhan

Below are listed Five popular theories behind the history that explains why sisters tie a Rakhi to their brother’s wrist and expect their brother’s protection in return.

The Story Behind Lord Krishna & Draupadi

The Hindu mythology says that to protect Dharma, Lord Vishnu arrived in the mortal world in his Krishna avatar to kill the sinful King Shishupal. However, during the battle, Lord Krishna hurt his finger from his Sudarshan Chakra, which resulted in his finger bleeding. When Draupadi noticed the sight of his bleeding finger, she could not bear to see him hurt. Thus, she instantly tore a small piece from her saree and tied it to his finger to stop it from bleeding. Lord Krishna was delighted and pledged to repay this grateful gesture in the near future. Eventually, Lord Krishna did reciprocate Draupadi’s kind gesture by protecting her from the Kauravas when they tried to humiliate her by removing her saree. If you’re looking for a return gift for sisters, BGF would be a perfect platform to get it.

The History Behind Rani Karnavati and Emperor Humayun

History tells us that when Rani Sangha, the Queen of Karnavati, lost her husband, she stood still to her responsibilities and wanted to protect her kingdom from the intruders. When the siege was already in place, she sent a letter with a Rakhi to the emperor Humayun asking for protection. Even though Humayun was on an expedition to a separate location, he still diverted his troops to Mewar to help the Rani after reading her letter.

The Theory Of King Bali and Goddess Laxmi

In another history from Hindu mythology, Asur King Bali was granted the protection of his kingdom from Lord Vishnu himself after noticing the persistent devotion of King Bali towards Lord Vishnu. Lord Vishnu camouflaged himself as a doorman to protect the King. Since Goddess Laxmi was missing Lord Vishnu, she entered King Bali’s castle and concealed herself as a Brahmin woman. One day, Goddess Laxmi tied a Rakhi on King Bali’s wrist, which is said to be a full moon day of Shravana. King Bali was happy with this gesture and asked her to demand a gift in return. She pointed her finger at the doorman to this question from King Bali. They later revealed their true identities as Lord Vishnu and Goddess Laxmi, to which Bali was thoroughly stunned but felt grateful to them for keeping their promise to protect his kingdom. Bali graciously requested Lord Vishnu to return with Goddess Laxmi to their home.

The Story Of Rabindranath Tagore

In order to promote harmony during the partition of Bengal in the year 1905, Rabindranath Tagore started organizing “Rakhi Mahautsavs.” He urged all the women from different communities to tie Rakhi to all the other men from distinct communities to encourage peace among each other. Not only this, but Rabindranath Tagore also requested people to protest against the Britishers. The tradition of tying rakhis continues to this day.

The Story Behind King Puru And Alexander The Great

The Indian King Puru, also known as Porous, once threatened the Great Alexander during an incursion. The wife of Alexander The Great sent a Rakhi to King Puru and begged him to spare her husband and keep her husband unharmed during the battle to which he obliged.