Free rapid tests and self-tests in the supermarkets – there are many different tests for SARS-CoV-2. What tests are on the market, how much do they cost and where can you get tested? The tests differ significantly in their application, duration and significance. An overview.

After people with symptoms of Covid 19 disease in particular were tested at the beginning of the corona pandemic, the test strategy has been adjusted several times: All citizens are entitled to a free rapid corona test once a week. This can be carried out by doctors, test stations or selected pharmacies. On April 12, a test obligation for companies was also decided.

Corona self-tests for home use are also an alternative that are intended to supplement the current range of tests.

What corona tests are there?

There are more than 350 different tests worldwide, which can be roughly divided into three categories: PCR, antigen and antibody tests.

The PCR test is considered the “gold standard” among tests. Trained medical staff remove secretions from the throat of the tested person by inserting special cotton swabs far into the mouth and both nostrils. The samples are evaluated in special laboratories and directly identify the genetic material of the pathogen SARS-CoV-2. PCR tests are considered very sensitive, complex, expensive, but also slow. There are now also rapid PCR tests that can be evaluated in mobile devices on site in less than an hour.

PCR tests can also be carried out as lolly tests. This creates greater acceptance, especially among children and young people, because they only have to suck on the cotton swab and there is no unpleasant swab. Pilot projects in schools and kindergartens in Cologne, for example, promise uncomplicated processing and easy implementation of test strategies.

The sensitivity of lolly tests is between a PCR test with a throat swab and a rapid antigen test, so it is very cheap, said Prof. Florian Klein im Dlf, head of virology at the Cologne University Hospital and co-developer of the method. In Cologne, the lolly test is now being offered to all day-care centers and schools as well. One is also in close consultation with the state of North Rhine-Westphalia in order to use it in other cities in the future. The fact that this method was developed comparatively late has to do with the fact that the importance of children in the infection process was discussed for a long time. It is now clear that they too will fall ill and the problem has worsened with the new virus variants.

An antigen test works like a pregnancy test: it searches for certain protein molecules that are characteristic of the virus and displays the result on a test strip. This is faster than with a classic PCR test. Antigen tests are therefore also called rapid tests and are offered as such. As with the PCR test, the sample is taken as a swab with a long stick that is inserted deep into the nose or throat and should also only be done by trained personnel.

Such professionally conducted rapid tests allow people who test negative to travel by plane, enter the country from a risk area or visit a clinic, nursing home or zoo. Every citizen is entitled to have such an antigen test carried out free of charge by doctors, test centers or selected pharmacies once a week. They are now also available in pharmacies, but not for private individuals.

3. Self-tests to take at home

In the meantime, some rapid tests for home use have been approved in USA and it is expected that further tests from various manufacturers will soon be approved. These self-tests are sold in pharmacies, discounters such as Aldi and Lidl, drugstores such as dm or Rossmann and on the Internet.

The self-tests are antigen tests that are easier to use than the previous rapid antigen tests. They can therefore also be used by private individuals at home – for example because the swab is taken much further forward in the nose. A study by the Berlin Charité has shown that lay people also test reliably in this way. Another type of test is a spit or gargle test, in which you gargle with a solution and then examine the gargle water you spit out.

Compared to the PCR test, the antigen test – whether professionally taken or as a self-test – requires a significantly higher amount of virus to be present in the sample taken for it to be positive. This means that the error rate for antigen tests is higher than for PCR tests. It can also happen that the person is infected with covid SARS-CoV2, but the viral load of Deasis is still below the detection limit for an antigen test and the test is therefore negative despite the infection. After just a few hours, the person could have formed so many fours that they are also infectious. Therefore, antigen tests are only to be understood as a snapshot that makes a statement about whether or not you were infectious at the time of the test. Test results are valid for a maximum of a few hours after sample collection.

Self-tests can provide security for those who test negative before private meetings or – carried out under supervision – even allow access to certain places, such as hairdressers or nursing homes.

An antibody test looks for antibodies in the blood that are specifically directed against a virus protein. This makes it possible to determine whether the body has gone through an infection. The blood sample is evaluated in the laboratory, but can also be put on a test cassette as a quick test, which changes color if the result is positive.

How reliable are the corona tests?

According to the RKI, the tests, especially the PCR test, are very reliable. The manufacturers state an accuracy of over 99 percent – they are not completely error-free. The PCR test is so sensitive that it can detect even the smallest fragments of SARS-CoV-2 – even if the infection has already subsided and the patient is no longer contagious.

The less sensitive antigen test, on the other hand, primarily provides the answer to the question of whether the patient is contagious at the time of the test or not, i.e. has many viruses in the throat. However, he could overlook infections that are just beginning. Even the best rapid tests find fewer infected people than the PCR test. The tests that have the standards of the WHO are said to have a sensitivity of over 80 percent – however, not all tests have these standards. So, the reliability of the tests varies from manufacturer to manufacturer, warns an updated Cochrane Review.

An antibody test could also sound the alarm for antibodies that the body has made against another coronavirus. The point in time is also crucial: the body only shows antibodies after some time.

Where can you get tested?

Anyone who has had typical symptoms or had contact with infected people should call their family doctor on 116 117 (medical on-call service) or contact the health department. Not all medical practices carry out corona tests. Alternatively, there are corona test centers and other local test and smear centers, for example at pharmacies, airports, train stations, university clinics. Health authorities and certain laboratories also carry out tests. Some of these even offer “drive-in tests” where you can remain seated in the car. The Infection Protection Act states that all infectious diseases such as Covid-19 must be reported – by medical personnel. The result is then checked again with a PCR test.

Who pays for the corona test?

According to the test regulation of the Federal Minister of Health, the statutory health insurance covers the costs for certain groups of people. Health insurance companies also cover the costs of the PCR test if a doctor has reasonable grounds to suspect that a person has been infected with the coronavirus. The federal states are responsible for the rapid tests in their facilities (schools, daycare centers). Quick tests of the workforce in companies or customers in retail and restaurants must be carried out by the companies themselves.

The federal government, on the other hand, assumes the costs for the rapid tests, which are carried out individually in test centers, pharmacies or practices. One antigen test per week is free for every citizen. However, the coronavirus test regulation is also somewhat vague in this regard. Section 5, paragraph 1, sentence 2 of the ordinance states: “Tests according to Section 4a can be taken at least once a week within the framework of the availability of test capacities “. In other words, there is actually no real limitation.

Voluntary self-test or lay tests must be paid for themselves. The costs for this are on average between 4 and 10 dollars.

How long does it take to get a result?

In most cases you will get a result within 24 hours. Classic PCR tests have to be evaluated in laboratories, which takes three to four hours. A blood test takes about an hour.

The laboratories then transmit the result to the respective medical practices, acceptance points or clinics, which in turn inform the patient. Depending on the number of samples – especially in the case of negative results – this can sometimes take days. The Internet offers faster communication: Test results can now often be called up online, sent to the cell phone via SMS or even transmitted in real time via an app. The Five Benefits of Online Tuition during the Pandemic 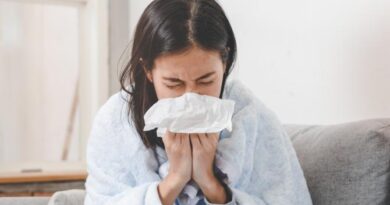 Coronavirus: how to protect yourself and who should get tested