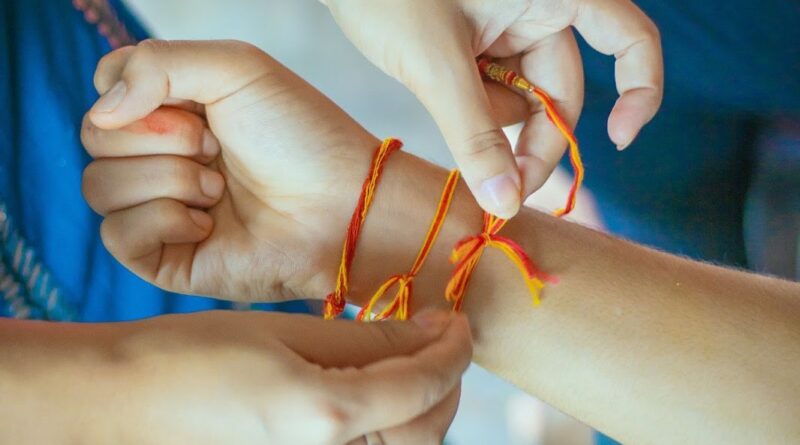 It is well known that India is a spiritual country, and the Indian people place a high value on their relationships. Their day begins with a devotion to and remembrance of their parents. This is the culture of India. However, on ‘Raksha Bandhan Day,’ also known as ‘Rakhi,’ the thread is tied between the wrists of the brother’s hands, and the brother pledges a vow to safeguard his sister. It is essentially a festival of brothers’ love and affection for their sisters, and vice versa.It is observed on a full moon day in the month of August, or Shravan. This day is marked by great excitement and celebrations, as sisters tie threads around the wrists of their brothers, and the brothers, in turn, take a pledge to keep their sister’s promise of love and protection, which comes with enormous responsibility.

A rakhi is a sacred thread that is embellished with diverse stone work, embroidery, and other precious metals, making it even more alluring. Rakhi gifts for Indians are available at Gifts Across India, and you may send Rakhi to India on this special occasion.

Undying Commitment Ties People all around India, as well as in other countries if the sister or brother is far away, commemorate this day with tremendous excitement and passion. The history of India bears witness to the significance of Rakhi among the people of India, where the link is valued and valued highly. There are numerous occurrences in history that demonstrate the significance of Rakhi on the Indian people. The incident dates back to the mediaeval era, when Rani Karnawati, the widow queen of Chittor, sent rakhi to Humayun, who was not a Hindu by birth but understood the significance of rakhi, and as a result, many lives were saved, proving that rakhi makes any type of bong not only stronger but also strengthens the existing bond.

Another episode from history that strengthens the concept of rakhi is when the governor of Bengal, Lord Curzon, declared the partition of Bengal, and his decision to divide Bengal into two half was not supported by the common people, who instead protested and decided to walk barefooted. Finally, the renowned Indian poet Rabindranath Tagore composed a song for this incident, and as a result, the people chose to tie rakhi between the people of these two divided portions as a symbol of universality and oneness.

What to do on Rakhi?

On this occasion, Indians commemorate it and send gifts to their siblings in India. This day is known by several names in different parts of India. It is known as ‘Nariyal Purnima’ in the western part of India, which signifies the full moon that resembles a coconut. This event is known as ‘Avani Avittam or Upakarmam’ in the southern part of India. ‘Kajari Purnima’ is the name given to this celebration in the Central area. This festival is widely observed in India as well as overseas because in cases where a brother or sister lives far away, internet services play a vital part in transmitting the message of good wishes. This festival is observed not just by sisters and brothers who are related by blood, but also by friends and cousins who tie Rakhi on the adopted brother’s wrist. It makes no difference whether the brother or sister lives in the same town, village, city, or nation; the sister and brother’s affection is always strengthened.