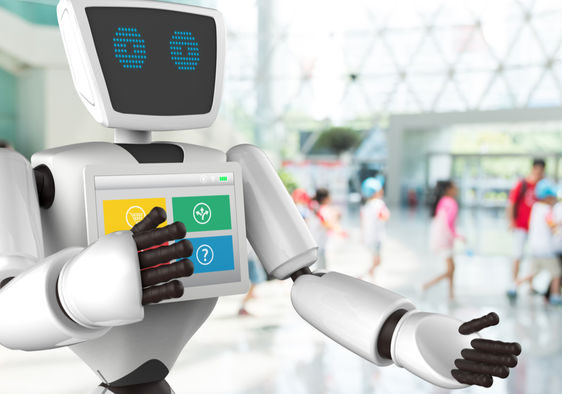 In Star Wars, did you want to bring R2-D2 home even if we had to bring C-3PO? We haven’t gotten that far yet, but coupons for AI Robots, personal assistants, and home management tools have improved since Roomba first hit the market in 2002. Some robots look like humans. People can buy robots that help keep their homes safe, one is a personal pool boy, and one will even play with their kids.

The T-HR3 is a humanoid robot that moves like an avatar in the real world like its human operator. Toyota first made it in 2017. For the Tokyo Olympics, the T-HR3 has better controls and can walk more naturally. It was thought of as a mobility service. In the future, humanoids like these will be able to do surgery while their operators, human doctors, will be controlling them from another part of the world.

This robot, which looks like a human, makes Amazon Alexa come to life and be more fun to use. There is facial recognition and personalized greetings in Lynx. To use Lynx, you’ll need to set up an account. You can get the weather, play your favorite music, make to-do lists, and get an Amazon order. It doesn’t need sticky notes.

Most people know the face of Sophia, a social humanoid that Hanson Robotics made in Hong Kong. In 2020, the AI-powered four-year-old robot will keep her job as a robotic ambassador to help people learn more about AI Robots and how humans and robots interact with each other. Taught by humans, Sophia can move and talk. She can also show some emotions, draw, and sing when happy.

When Agility Robotics’ Digit first came out, Ford was the first company to use it in a factory setting, making it the first customer. Headless: The humanoid has graceful limbs and a lot of sensors in its arms and body. It can go up and downstairs, over obstacles, and across all ground. It walks upright and can lift and stack boxes that weigh as much as 40 pounds most of the time. It can also stand on one foot for a short time. It can also fold itself up for easy storage. The company will now see how people react when they meet this android.

This smart mobile companion robot can help and entertain you when you need it. Zenbo learns from you and adapts to your needs even if you don’t know it. If you’re not home, the robot can control your home appliances and even read to your kids to keep them busy. There are also friends and a built-in babysitter in it.

Kime is a robot that serves food and drinks. Macco Robotics in Spain made it. In a kiosk, it has a head and body that look like humans. It also has two arms inside the kiosk. People in Europe and Spain have tried Kime out at gas stations and in a Spanish brewery, and they say she’s good at pouring beer and can serve up to 300 glasses an hour. To better its skills, the humanoid has 14 to 20 degrees of freedom, smart sensors, and machines that learn from their mistakes to get better.

There has been a Roomba around since 2002, but it has changed a lot in the last 16 years. The new model can do a lot more than just clean. It can be controlled by Wi-Fi or linked to Amazon Alexa or Google’s voice-activated assistants so that you can talk to it. When the battery is full, it can plug itself into its charging station and go back to where it left off when the battery is full again.

Engineered Arts is a U.K.-based company that makes different entertainment for humanoids with help from artists, mechanical and computer engineers, and animators. Director Will Jackson started it in 2004. The well-known RoboThespian is a robotic actor that comes with impressions, greetings, songs, and gestures in a library that it can use. Several of these can be put together to make a robotic theater, a system of robots, movement tracks, animation software, touchscreen control, lighting, sound, and control for other things that aren’t robots.

This robotic lawn mower will do the yard work for you, so you don’t have to. Landroid is meant to cut your lawn every day. An electric lawnmower is a lot quieter than one that runs on gas. It can go back to where it was charged when its batteries run out or it starts to rain. If you pay a neighbor kid to mow your lawn, this is a lot better than doing it yourself.

The discounts for AI Robots come in many different sizes and shapes. But, perhaps, the most interesting, cute, and acceptable ones are the ones that look like us humans. In addition to research and space exploration, humanoid robots are used for personal assistance and caregiving, education; entertainment; search and rescue; manufacturing and maintenance; public relations; and health care, among other things.